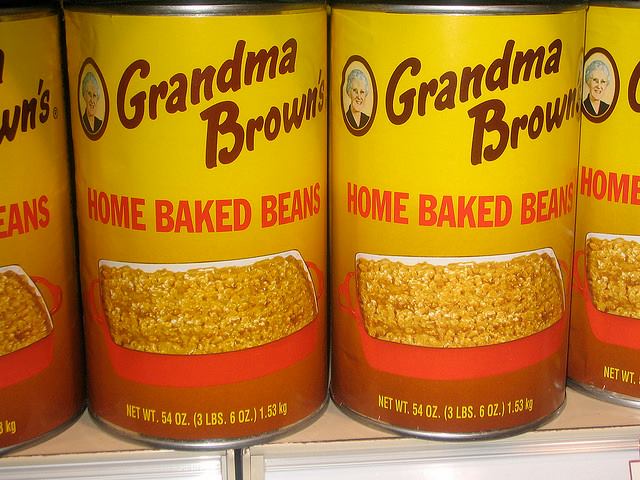 We’re rockin’ the support for local growers and producers this summer! We’ll be touring our Northeast region, highlighting local products and crops, talking to farmers and artisans, and telling stories on local legends. Join us on our journey! Next up, Halfmoon Cookies made by Hemstrought’s Bakeries in Utica, New York.

In 1920, the very first Halfmoon Cookie recipe was created by Harry B. Hemstrought. He put it together right on Genesee St. in Utica, NY. Since then, the famous recipe has been passed down from baker to baker at Hemstrought’s. The cookies have won the hearts of many, with a fluffy, cake-like bottom, topped perfectly with one half chocolate fudge and the other buttercream frosting. Halfmoons are truly the pinnacle of dessert.

Fast forward to 2020 and Halfmoons have withstood the test of time. 100 years later and the recipe has not gone through a single modification. Everything about the cookies remain original and authentic. However, some have attempted to imitate the highly sought-after recipe, like with “black and whites,” commonly found in New York City. But if you ask the folks at Hemstrought’s, Halfmoons remain in a class of their own.

Halfmoon Cookies are truly one of the Northeast’s finest treasures. We love partnering with Hemstrought’s Bakeries and having their amazing treats right in our own neighborhood. If you haven’t had the pleasure, we recommend giving one of these cookies a try as soon as possible!

We’re rockin’ the support for local growers and producers this summer! We’ll be touring our Northeast region, highlighting local products and crops, talking to farmers and artisans, and telling stories on local legends. Join us on our journey! Next up, Marshmallow Fluff made in Lynn, Massachusetts.

After a productive decade, in 1930, Durkee himself stated “Ten years ago we started out with one barrel of sugar, a few tin cans, two spoons, one secondhand Ford, and no customers, but plenty of prospects. Today we have thru the fine cooperation of the wholesale grocers, the largest distribution of marshmallow cream in New England, and no Ford.”

Since their humble beginnings, Durkee-Mower has turned Marshmallow Fluff into a Northeast region staple. But it doesn’t stop there. Fluff is available all across the world in Canada, the UK, France, Germany, Israel, South Africa, Belgium, and more. Of course, Fluff has made its way throughout the United States as well.

Marshmallow is a versatile treat and can be used in tons of recipes. If this blog made you hungry we suggest making the classic Fluffernutter. Commonly enjoyed on playgrounds, after school, and in college dorms alike, the dish is simply Marshmallow Fluff and peanut butter mixed between two slices of bread. It’s a timeless treat for all ages. Our PICS Peanut Butter is an all-star companion in this sandwich!

Marshmallow Fluff is a legend of our region and we’re proud to offer it in our stores. Visit your local store or shop with us online for Marshmallow Fluff. In the meantime, we’re off to make some Fluffernutters.

We’re rockin’ the support for local growers and producers this summer! We’ll be touring our Northeast region, highlighting local products and crops, talking to farmers and artisans, and telling stories on local legends. Join us on our journey! First up, Ken’s Steak House in Framingham, MA.

Ken’s has a rich history in our area and we’re proud to partner with them in our grocery department. They provide us with a number of items including dressings, sauces, and marinades. All homegrown and all delicious!

The story begins in 1935 when Ken and Florence Hanna opened a small restaurant called Lakeside Cafe. It wasn’t long before regular patrons began referring to the place as “Ken’s” in association with its owner. Five years later, Ken had a vision, he purchased tiny McHale’s Diner on what was then a desolate Route 9, known as “Starvation Alley.” Despite its lack of success, Ken had plans to make the area prominent. Magically, Ken’s Steak House is still there today, and Route 9 has become a top retail destination in the US.

When it came to Ken’s Steak House, Ken and Florence had a straightforward strategy, serve quality food at a reasonable price, along with an honest drink and a good cup of coffee to accompany it. On top of that, the Hannas made sure all diners received courtesy, attentiveness, and efficiency from the staff. The service and food were always great, but it was Florence’s salad dressings that shined. Each dressing was made under the instructions of her recipes, all while she kept a watchful eye of the process. Ken’s salads became famous and played a large role in the growth of the business.

Over the years, many family members have carried on the tradition of working at the restaurant. Currently, Ken’s Steak House is operated by Ken’s son Timothy and his wife Darlene. As time has passed, the restaurant has served famous entertainers, athletes, and successful political and business leaders. However, it might be the spirit by which Ken’s treats every customer like a celebrity that keeps people coming back.