Nick’s Ice Cream: What The Fjord Is Swedish-Style Ice Cream? 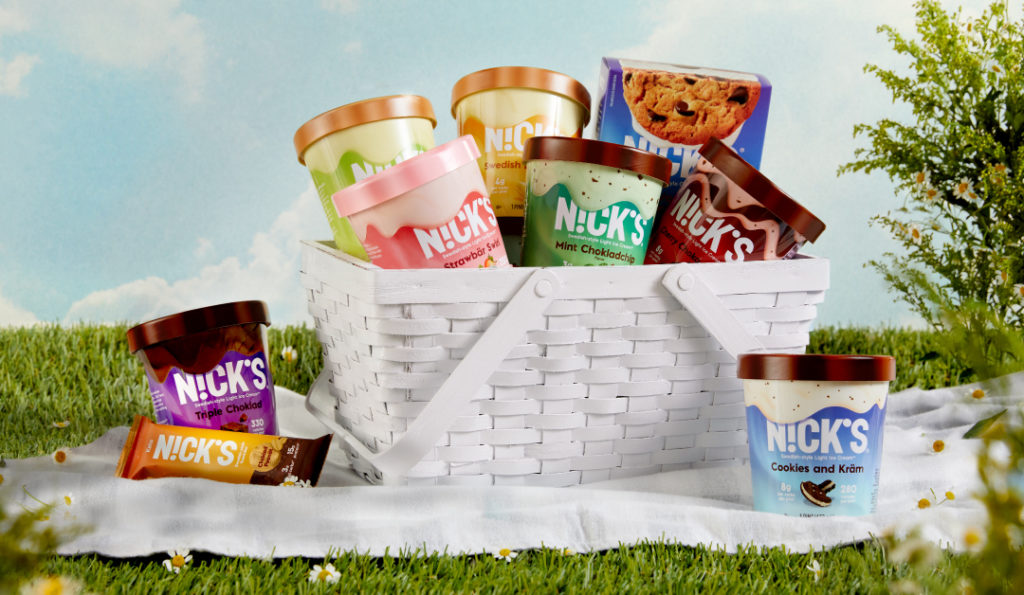 Nick's Ice Cream: What The Fjord Is Swedish-Style Ice Cream?

Okay, let’s break down just how genius these Swedes are. Most light ice creams just remove all the fat from the cream and replace it with water. That’s why you get super icy diet ice creams and as the water eventually evaporates,  the pint shrinks into a hard frozen brick. Not yummy. Nick’s Swedish-style just uses a different type of plant-based fat that’s way lighter than traditional milkfat. So it retains all the creaminess of traditional ice cream and you would never know it’s better-for-you.

How much better for you? Most traditional ice creams are 1000+ calories per pint. You can get a pint of Nick’s with only 220 calories in the whole pint. Yeah, that’s less than 60 calories per serving. Can you eat a whole pint of ice cream in one sitting? Yes! Should you? Um.

So, if they’re that much lighter they must only have like, Strawberry and Vanilla, right? Wrong. They have like 30+ flavors with huge honkin’ chunks. Swedish Munchies has cookie dough and brownies! Bottom line, you can indulge in creamy rich ice creams that are super light and better for you, without wanting to curl up in a ball afterward.